Here are the results of your search: 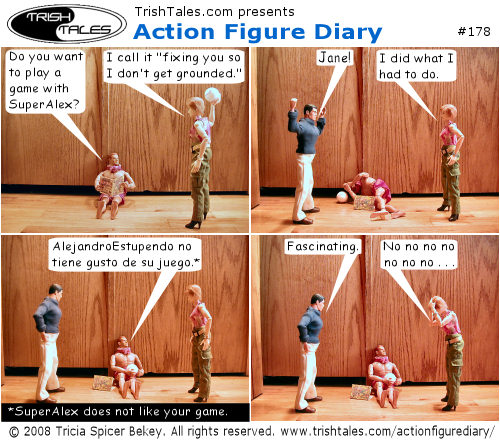 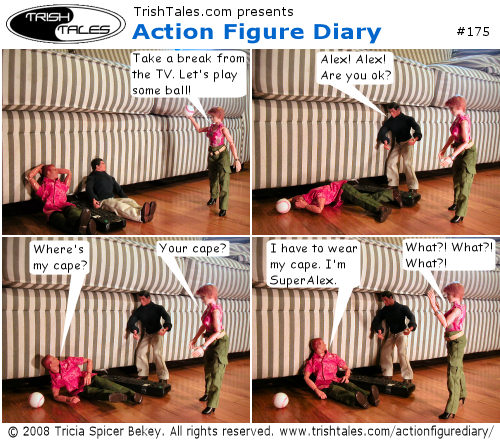 (#179) Alex: SuperAlex wants you to argue somewhere else 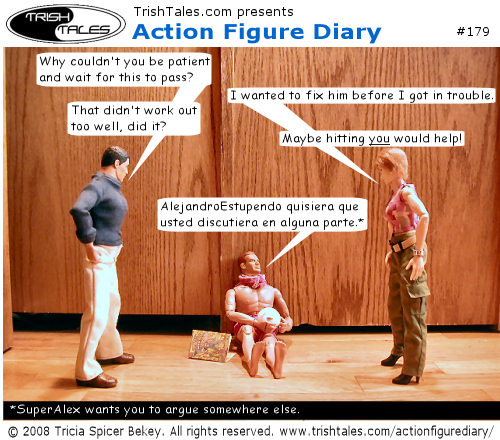 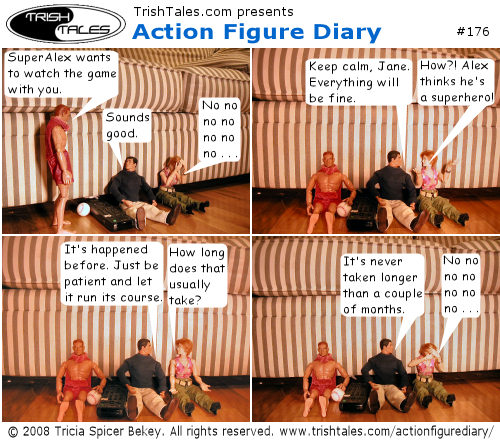 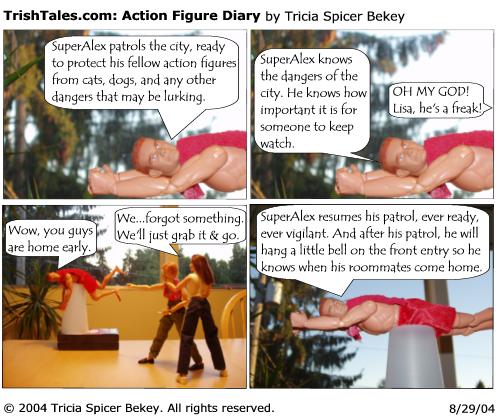 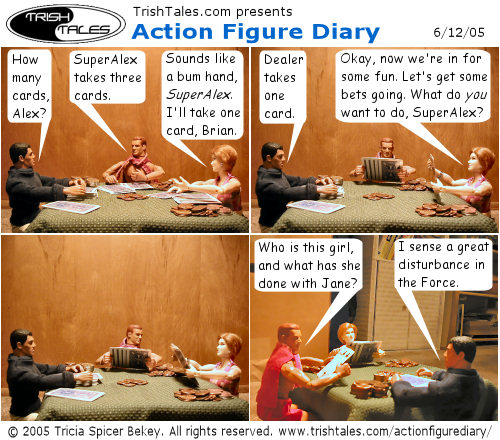 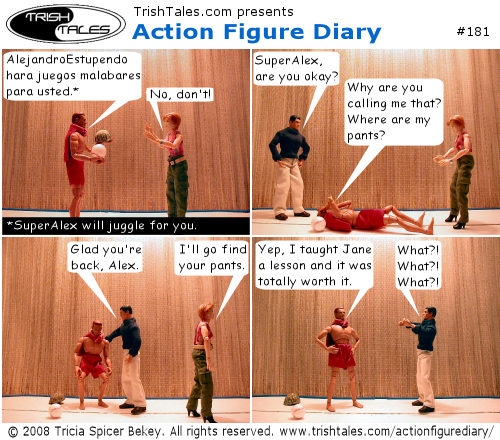 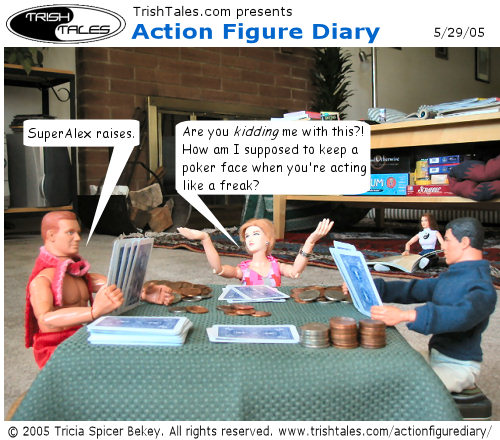 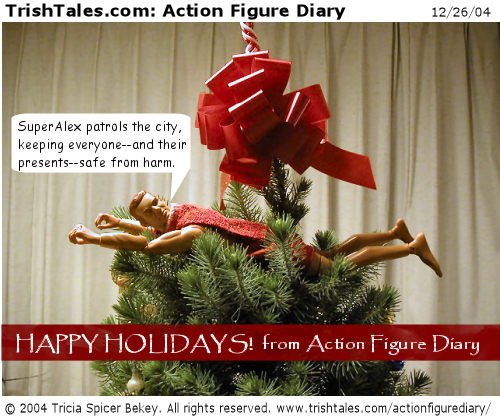 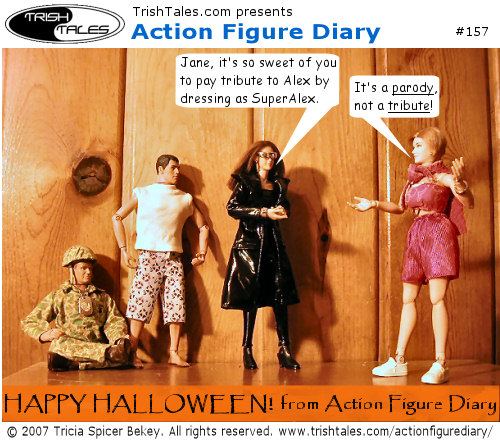 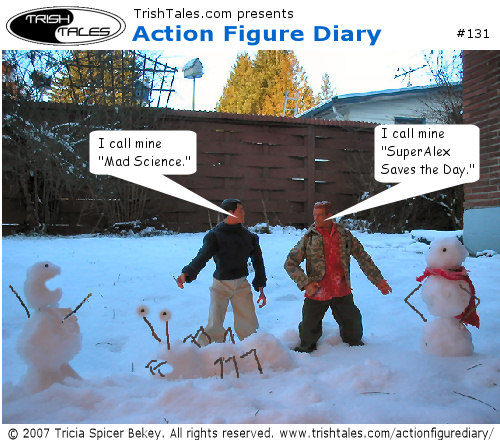 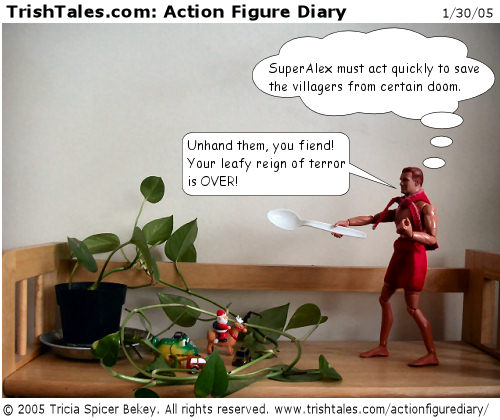 I still think Alex is a freak for pretending to be a superhero, but at least he’s a freak who’s too busy to bug me. When he plays “SuperAlex,” he’s off in some private part of the house, lost in his delusions. That means he’s too busy to nag me about giving him a turn on the TV or computer.

The last time he put on the cape, he was so wrapped up in his weirdness that I had the TV to myself for two whole hours. Sweet! The more he lives in his stupid fantasy world, the less I have to share.

I wonder if there’s any way I can get Alex to put on his weird little cape more often.

I'm going to be in so much trouble. I've got to fix this before Trish and Joe find out.

Maybe they won't notice right away. I mean, Alex is a pretty weird guy. Maybe it will take a while for them to notice that he's acting weirder than usual.

It shouldn't be such a big deal! All I did was hit him in the head with a ball. I didn't even throw it that hard. How was I supposed to know that he would get all confused and think he's a superhero? Who does that?!

I can't let Trish and Joe find out about this before I fix it. They do that thing where they aren't mad, they're just disappointed. I can't let them be disappointed in me for something this big. I'll be grounded forever.

I know what I have to do.

Alex is sooo weird. Lisa and I walked in on him having one of his superhero fantasies again. What is wrong with that guy?

He has this sad little cape he made out of an old towel, and he wears it with a pair of red shorts. Then he climbs up on top of something and pretends he’s flying around and rescuing action figures.

This guy is so scared of cats and dogs that he hates going outside without a human—but he pretends to rescue everyone else. I just don’t get that.

I do know why he calls himself “SuperAlex” (the lamest superhero name ever). He’s a huge Superman fan. Don’t even try talking when Smallville is on. It’s so pathetic.

I don’t get the appeal of “boy scout” superheroes. Boooring. I like dark heroes, like Xena, Wolverine, and the Punisher. They’re not gonna just wag a finger and scold you, they will MESS YOU UP.

If I didn’t think it was so lame, I’d walk around the house pretending to be a dark hero. I would rule this house with an iron fist, and they would all be better off for it.

Q: My stepbrother hit me with a ball, tried to pretend it was part of a game called “tag dodgeball,” and then ran away to hide. What should I have done?

A: That’s an excellent--and timely--question. I believe that whether you’ve done right or wrong--you should own it. Xena taught me that.

If I hit someone with a ball, it’s almost always on purpose--because I have great aim--and I’m straight up about why I did it (“That’s for taping over my favorite show!”). If I did hit someone by accident, I would never, ever wimp out by pretending, hiding, or anything like that.

People who can’t own up to their actions have gone wrong and need to get back on track. I think Alex is a freak for wearing a cape and calling himself “SuperAlex,” but at least he owns it--I’ll give him that much.

I’m the sort of person who needs things to be even. If someone does something to me and I haven’t gotten them back yet, it eats away at me. If that sounds like you, you need to take some kind of action that helps you feel like things are even between you and your stepbrother. Then you can go back to doing fun stuff.

Q: I hit my stepsister with a ball, tried to pretend it was part of a game called “tag dodgeball,” and then ran away to hide. When she got back at me, it really hurt. Where did I go wrong?

A: Pretending and running away. See above.

Even the webcomic text is searchable!